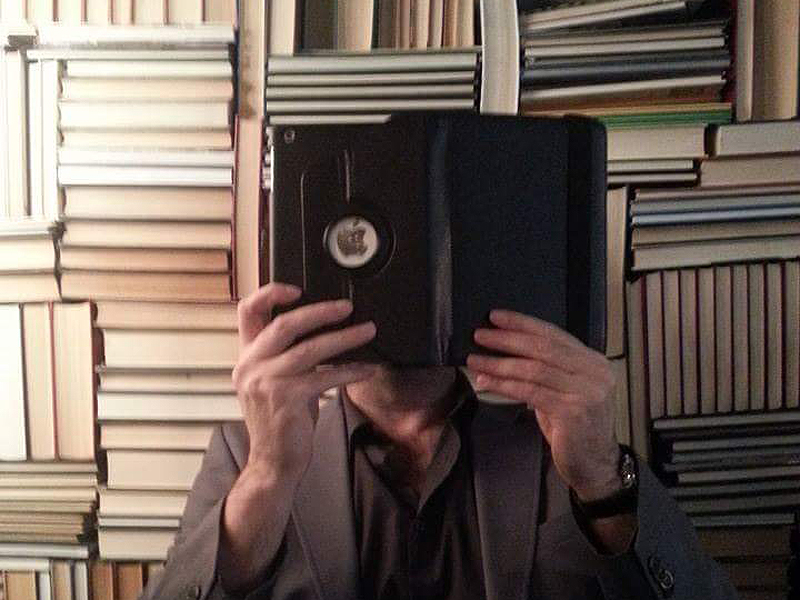 We were raised at the border, but like to look across the fence of our own boundaries. In these dark days I asked him to shed some light on civilisation, the future of the Netherlands and –of course– on the Enlightenment itself.

What do you do?
I am an art omnivore. Writer, advisor, art critic, journalist to name a few. Put simply, I observe, analyse and comment. I am someone who gets paid to look around society.

Where do you get your inspiration?
Much of my inspiration comes from my bi-cultural background. I was born in Turkey in 1968 and was raised in Enschede. As part of a family reunification initiative many of my peers and myself arrived at a place we did not want to be at initially.
After a while the place we have come from originally, existed merely in our collective memory. Back then our parents had made a conscious choice to leave for another country. Their children were not given that option. As a result, having become the ‘in-between generation’, we had to reinvent ourselves. Writing helps with this process because one can create one’s own reality. Contrary to our parents we did not accept a subservient role within Dutch society.
I was raised in an impoverished neighbourhood in the City of Enschede. A rough and tough neighbourhood with, despite the differences, a strong sense of solidarity. Solidarity in the sense that everybody, immigrant and local, belonged to the bottom rungs of society, which put us all in the same predicament. The majority of the people in my neighbourhood had become unemployed after the collapse of the Textile Industry in Twente. This created an added unique sense of solidarity. To put it bluntly, we were all losers.
It was only through school that I came in contact with art and cultural expression. Not through my parents or any activity organized in the neighbourhood I lived in. Owning a library or museum pass was reason enough to be beaten to a pulp. The main library outside my neighbourhood and the museums in Enschede were the places I could hide and enter into a totally different world, a world without poverty and ugliness. It was there that I discovered my passion for writing.

Who would you like to work with?
Well, getting free reign on my fantasy, Sigmund Freud. Unfortunately, the good man is not alive anymore, but I would have loved to work with him. Freud once said that civilisation should serve to protect us from our own nature – basically from ourselves. Of course, this is not regarding mere forbidden sexual pleasures. It is in the nature of humanity to do evil. So, we are talking about a dark collection of lust and temptation needing to be reigned in by rules and values. We must be in a constant state of awareness to prevent out behaviour from getting out of hand or, at least, not to let it happen too often. Civilization is a constant battle, it is not a given.

What does (the age of) Enlightenment mean to you?
It is stated rather flippantly in the Netherlands that civilization is based on the tenets of The Enlightenment. In my opinion, The Enlightenment is about the competency to give meaning to our civilization. When compared to nature when left to itself, it does not give us any food but fields full of weeds. Similarly, a society falls apart and reverts to anarchy and tyranny when its citizens do not take the trouble to work on their own inner civilization. Thus, at all times, mankind is forced to create order out of chaos, especially as it relates to that which has hardly received any attention to speak of since The Enlightenment: our own inner workings. According to the original Enlightenment thinkers we can only live a good life when we figure out how to overcome our natural greed, cowardice and ignorance through measure, courage and sensibility. A good society can therefore only exist by the grace of civilization.

What should change in the Netherlands or in the world?
Through globalization we are, more than ever, able to live and work across borders. Yet, at the same time, we have trouble stretching the boundaries of our own experience, to look across the fence of our own boundaries. Maybe we should take Immanuel Kant’s lead. This 18th Century Enlightenment philosopher is also purported to be the first German idealist. Despite the fact that he did not leave his home town of Koningsbergen, he was a true cosmopolitan in his thinking and behavior. Koningsbergen (now Kaliningrad) was at that time the Amsterdam of today, a City where the whole world would flock to. Kant deliberately searched out strangers and invited them to eat with him. In our time, even more so than at the time Kant was around, we do not need to cross any border. There is a steady influx of strangers.
Do realize though, that within the City boundaries there are invisible borders. I have lived in the New West Section of Amsterdam as well as in the total opposite South East Section of Amsterdam. Between these two neighbourhoods there just might be more difference in mentality than between the Netherlands and Germany or the Netherlands and Spain. We might actually do well to gather people from different parts of the world with the aim of getting to know one other. Eating together might be a good beginning. The experience of becoming familiar with foreign attitudes and civilities might shed a new light on your own visceral world.

Özkan Gölpinar wrote as member of the ‘Raad voor Cultuur’ (Culture Counsel) a short essay ‘Niet meer zonder jou’ on more cross-overs and new stories in culture (only in Dutch).